So you’re curious about Mastodon and the Fediverse… 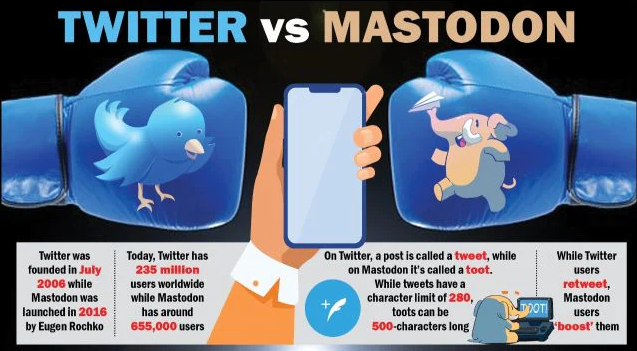 Compelling but a little confusing

As Elon continues to make questionable decisions about the fate of the social network he just took over, many folks are wondering if there will even be a Twitter in the near future. Many are trying to figure out what the next microblogging social network will be. Obviously, folks want to go where their friends are, and where the activity is, so they can have robust conversations. Up until now, that has not been Mastodon or what is referred to as the Fediverse. But that doesn’t necessarily have to be the case.

The problem with the Fediverse up until now has been that many newcomers find it incredibly hard and frustrating to navigate finding and adding people. I’ve been on the Fediverse for many years, and I still struggle finding and following folks, and getting folks who fully know who I am to find and follow me. I’ll sell you on WHY platforms on the Fediverse like Mastodon are superior later, but for right now, let me help newcomers reframe the way they think about how Mastodon and other Fediverse platforms are set up so they can understand better how to use them.

Mastodon is a microblogging social network, just like Twitter. However, there is ONE MASSIVE DIFFERENCE BETWEEN Mastodon and Twitter. Twitter, as we all know by now, is owned by Elon Musk — or at least has been for the past month since a Court forced him to follow through with his “threat” to purchase them. Mastodon is not owned by anyone. Well, the BRAND Mastodon is owned by the developers of the free and open-source server software it runs on, Mastodon gGmbH. However, when you start a profile on Mastodon, you are not starting it with Mastodon gGmbH. Huh? Let me explain. 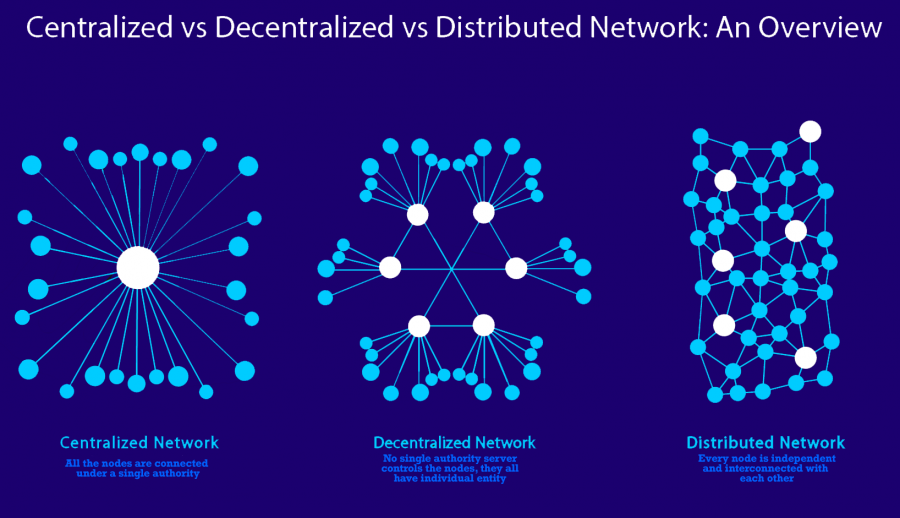 I’ve previously written about how to sign up for Mastodon here.

Mastodon is the platform, but it’s specifically the software that anyone can install on a server to run their own little version of Mastodon for free. That is because — unlike Google, Twitter, Facebook, Pinterest, etc, — the code that makes Mastodon is Free & Open Source — anyone is allowed to install, use, and modify the code. Unlike Twitter, Facebook, Instagram, etc, the developers of Mastodon gGmbH have no intention of making any money from their creation. It is a collaborative project, and many people from all over the world have contributed code to help make it work. This is VERY different than how we’re used to platforms working, and this is also the source of the problems to the barrier of entry for many of us.

Mastodon gGmbH is unlikely the owner of the “instance” of Mastodon you will be joining. Because anyone can and have set up their own Mastodon servers, there are THOUSANDS of “instances” — individual servers running an individual copy of Mastodon — all over the world. You don’t sign up and create a profile with Mastodon, you sign up and create a profile with one of these servers. Mastodon is a Decentralized network. In this way, it’s a lot like email. Mastodon is just the format that this content get passed from server to server. But the actual content is hosted by various owners.

So — just like your college alma mater may track you down at your job to send an email from their @almamater.edu email server to your work @myjobrightnow.com email server, and you can, in turn, forward that to your personal email @personalmail.net — each server can talk to one another and understand one another because of Mastodon. Your profile and all your content is served up from your server. You only log into your own server, you don’t log into every server serving up Mastodon.

I’ve previously written about how to find and follow your friends on Mastodon here.

So because you are following folks on all sorts of specific servers all over the world, you need to tell your server where to find them. That’s why usernames aren’t quite as simple as on Twitter, but a lot more like email addresses with a user AND server. Also why if you just happen to come across someone’s Mastodon profile on another server, and you want to add them directly from their profile, you have issues. Because you are looking at their profile on their server, which you are PROBABLY not logged onto, unless you happen to be signed up using the same “instance.”

Another problem that may happen is that you may join a server, become active on it, build up a bunch of content, and then the server owner decides that they no longer want to run a Mastodon server, and may wind it down, forcing you to start over on another server. You can take your followers and followees and even block lists with you, and you MAY be able to transfer your content (depending on both servers rules) but there is a possibility that if you don’t own the server yourself, you could lose what you’ve built. This happened to me. My old Mastodon server just announced in October it was winding down by December. I had to scramble to build a new profile, and while I was able to bring my followers and followees over, I lost my content because of the import rules on the new server. However, if I owned my own instance, this wouldn’t have been a problem, so it’s the dice roll I took by joining someone else’s instance.

I want to help folks find one another on Mastodon, so I’ve created a short form for you to input your info, and I will encourage my followers to follow you (if I know you, or I check out your content and it seems legit). 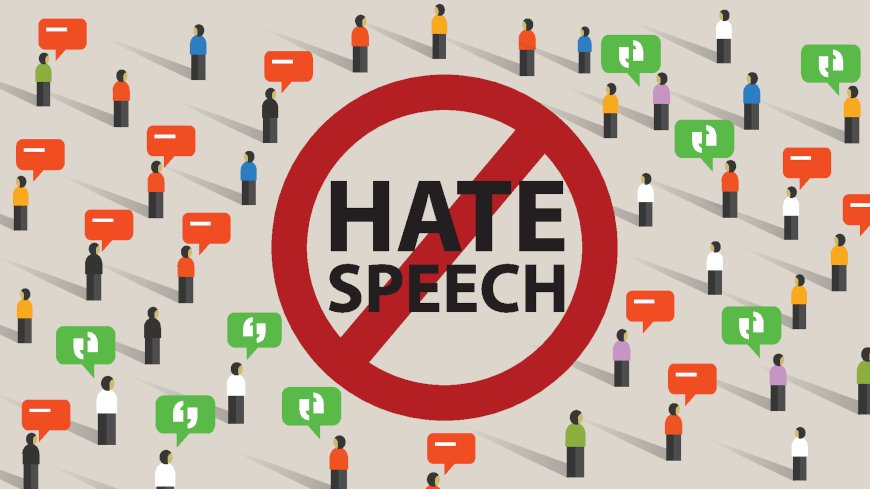 A hot topic concerning traditional social networks since the mid 2010s has been the balance between free speech and community standards. Facebook and Twitter have been criticized by people on the right and the left, both for their over-censorship, as well as for allowing offensive speech from the other side. I was put in “Facebook Jail” twice before Facebook completely suspended my old account because of unsavory things I’ve said about January 6th rioters. Trans and non-binary users have had issues with Facebook allowing them to use the site safely and authentically. Meanwhile, I’ve seen anti-LGBTQ, anti-left hate speech go unchecked on these networks. Abuse and bullying are rampant. So does Mastodon solve this?

No. Mastodon out-of-the-box doesn’t necessarily make using social networks safe from right-wing bullying of marginalized groups, or protect right-wingers from left-wing criticisms. Mastodon, again, does not control the content being posted to self-owned distributed servers. A right-wing group could set up their own server to post as much hate as they want to. However, the reverse is true. Socially liberal folks can create their own little safe oasis. Mastodon also gives server owners a lot of control over who can interact with their servers. Server owners can ban certain words of phrases from their instance. They can even ban users on other servers or whole instances from interacting. So IF a right-wing group set up a hate-filled server, you can join an instance that bans that server completely, and never have to see any of their content, and never allow them to see yours. So in a way, Mastodon gives those that want to do that kind of work the tools to be able to accomplish that goal. MANY instance owners do listen to their users about setting up these kinds of safeguards, and –again — ANYONE willing to buy a server, or pay a company like linode for server space, can set up their OWN server with their OWN rules. But out-of-the-box, Mastodon won’t necessarily be a balm on those problems in social media.

If you’ve been put in “Facebook Jail,” could you get kicked off your server? Definitely. If you’re on a huge server with tons of people and an absent manager, could you end up getting bullied unchecked by right-wingers? Possibly. But is there a path to freedom from both of these things if you want to set up your own server with a small group of friends? Absolutely. Source: How to Use Mastodon Mobile App, CNBC.

Twitter, Facebook, Instagram, Pinterest, etc. each have ONE OFFICIAL mobile app. That is because they own their own platform and all of the servers and content on it, and they own their own app, which knows exactly how to get their content from their servers. The apps all point to the same place. Because Mastodon itself is not one entity, but many entities, joining and leaving all the time, there is no one server for a mobile app to point to. That’s why — until recently — there was no one official Mastodon mobile app. There were Mobile apps designed to speak Mastodon’s language, but where can they point? The most popular Android App — the on I use — had been Fedilab, which is able to talk the language of several Fediverse platforms including Mastodon. You tell your own server to give the app permission to read your data, and then it serves it up everything your server would normally serve up to your timeline.

Recently, Mastodon has released an official app for both Android and iOS, but I’ve not had the opportunity to test them out. You still have to search for and sign in through your own instance, which is a lot harder to do than just putting your username and password in on a Twitter or Facebook type app.

Adding folks from their profiles is even more difficult on the mobile apps than it is on the web. So this will still be a barrier to entry and use for a lot of people. Still, getting over these humps, Mastodon’s decentralization makes it superior to Corporate owned and controlled Twitter & Facebook.